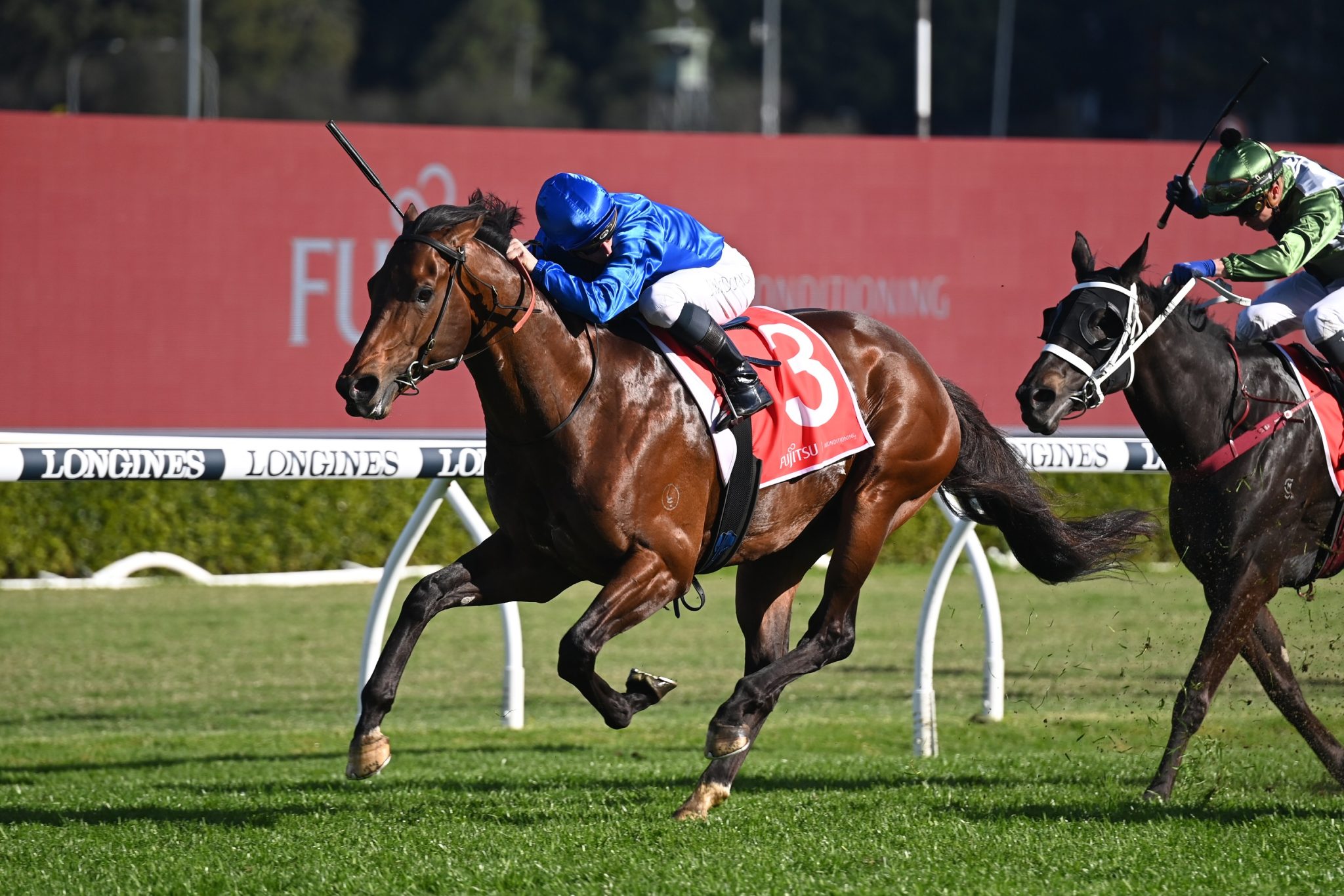 The usually-reserved James Cummings compared Anamoe to the “Jesus Christ of racing” after his authoritative and hugely impressive near one-length victory in the George Main Stakes at Randwick on Saturday.

The star stallion showed all his class which led him to a fifth Group 1 title at just four years old, while a courageous and always-gutsy Icebath pushed him hard to finish runner-up for Brad Widdup.

Cummings said he was grateful to train such a naturally-gifted athlete, and compared him to famous 1970 English Triple Crown winner Nijinski, dubbed the Jesus Christ of Racing.

“He keeps lifting his value and profile, and gets more attention on him, which is very fitting for a wonderful horse,” Cummings told Sky Racing.

“He’s very economical in his action. He’s the alpha-male in his demeanour. He’s the king of his own box.

“His box is his kingdom – the same for the paddock that we put him in.

“And he can have a pick of grass after he gallops and he can look like Nijinski, or Dancing Grey in one of the classics.

“He’s a beautiful horse to have anything to do with, and it’s an absolute privilege for us to be racing a horse like Anamoe for Sheikh Mohammed.

“And he’s a very, very promising horse for our whole operation.”

One criticism of Anamoe before Saturday was he could be up and down with his form on occasions.

Well, he put that to bed at Randwick, winning well second-up after claiming the Winx Stakes on August 20.

“He’s just come back in fine order. It’s been a great effort from the team,” Cummings said.

“Just a wonderful horse. To see him come back and win first-up, that’s just underlined his whole preparation to have gone ahead now and won second-up.

“It’s signalled his intent. And for the remainder of the campaign he can keep his eyes on the big targets ahead, and let them all know that he’s coming for them.”

It was yet another memorable afternoon for star Sydney jockey James McDonald, who then went on to win aboard another superstar – Nature Strip – in the Shorts next race.

Cummings said it was a typically professional ride from McDonald.

“He understands the horse well and is in great form,” Cummings said.

“James McDonald makes the decision from there and I’ll back him.

“He allowed him to cruise up. The horse just idled a little bit outside the lead.

“He went pretty steadily early and he ramped it up coming home.”

McDonald said Anamoe can now go one better than last year’s runner-up finish in the Cox Plate, or be a serious contender for the Golden Eagle at Rosehill on October 29.

“Hopefully it’s in the Cox Plate. I don’t know where he’s targeted. He’s got endless options like the Golden Eagle,” he said.

“So we’ll see where they (Cummings and connections) want to place him, and I’m sure they’ll place him to the best of his ability.

“He’s got plenty of ability, so it doesn’t matter where he goes.

“He’s just so economical, and I think that’s the beauty of a top-class horse on display.

“You can do anything with them and they overcome hurdles.”