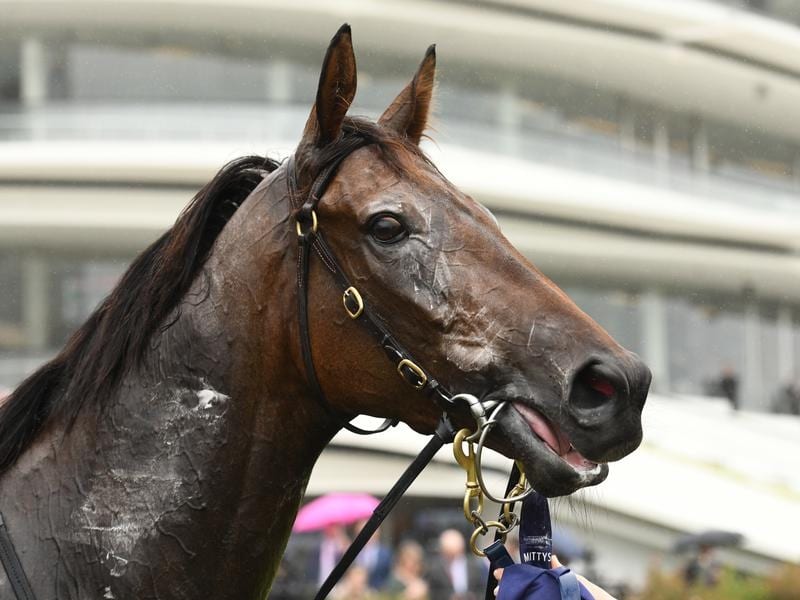 A good recovery following a gallop at Flemington in preparation for the Australian Guineas is what trainer David Vandyke has been looking for from stable star Alligator Blood.

The gallop on Tuesday showed Vandyke Alligator Blood had recovered from his fighting win over Catalyst in the C S Hayes Stakes (1400m) at Flemington on February 15.

Saturday’s Group One race over 1600m for three-year-olds heralds the return bout of the two, along with third placegetter Chenier, Soul Patch and Dalasan.

Alligator Blood has been in work since last May while competing in jump-outs, trials or races since July and it has been a juggling act for Vandyke to keep the gelding at his peak.

While Alligator Blood was jaded after the Flemington race, Vandyke said he did not find it necessary to move the gelding to aid his recovery.

“We stayed at Flemington to get over it and he’s happy in his stable there,” Vandyke said.

“He raced there last time and he’s racing there on Saturday, so we didn’t see the point in taking him anywhere else.”

He said keeping the Alligator Blood’s head in a good space was essential.

“I’m happy with the shape he’s in,” Vandyke said.

“Some of those horses he ran against are headed to the Guineas, they’re on the improve and running really well.

“Alabama Express won a Group One last start, Catalyst really put it to us and will be hard to beat and Chenier ran great off a light career and there’s the Perth horse Superstorm.

“It’s a great field without Alligator Blood in it, but with him in it, it’s very exciting.”

What Vandyke is now hoping for is a good draw for Alligator Blood to run out a strong 1600m with his only defeat in 10 starts coming in the Caulfield Guineas (1600m) in October when Super Seth hit the line hard.

“With the step out to 1600 metres at Flemington I’d love him to draw well so he can get an economical run in the middle stages,” Vandyke said.