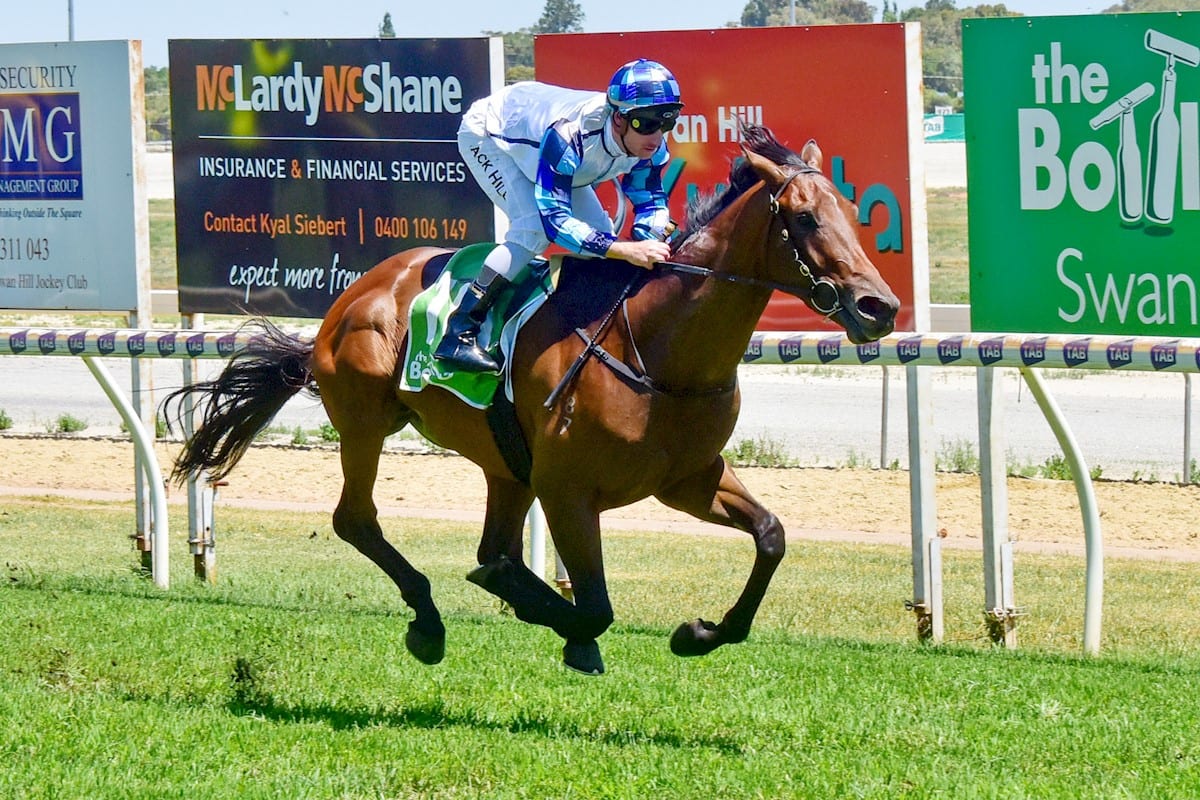 The patience Ciaron Maher extends his young stayers eventually pays a dividend as shown by the Melbourne Cup performance of Persan.

After starting out in Sydney, Persan made his way to Maher And David Eustace and raced every month from April through until the Melbourne Cup, eventually finishing fifth behind Twilight Payment.

Maher likes developing a young stayer and his latest work in progress is Explosive Jack, who along with Grandslam, runs in the Group 2 Alister Clark Stakes (2040m) at The Valley on Saturday.

“Some of the three-year-old stayers that we’ve given the time to, they’re starting to come to hand now,” Maher said.

Explosive Jack will be having his fifth start on Saturday and part of his education has been travelling.

Starting his career with a Swan Hill maiden win, Explosive Jack was whisked up to Sydney where he was stretched to 2100m for his second start at Goulburn.

Start three was over 2400m and victory at Kembla Grange in January while his only other outing was success in the Listed Tasmanian Derby (2200m) on February 5.

“He’s had a break between runs, seems quite well rounded and is going the right way,” Maher said.

“I think The Valley will suit him. The trip to Tassie toughened him up and he’s got a bit of confidence about him.

“Depending on what Sydney throws up, he’s on the right leg to go up there for the Derby.”

Maher said Grandslam was on a similar curve, but again has drawn an awkward barrier.

But this time Grandslam has only seven opponents after finishing 12th in the Australian Guineas last time out.

“He’s gone back from wide gates when up on pace has been the place,” Maher said.

“It should be a good opportunity for him to run well.”