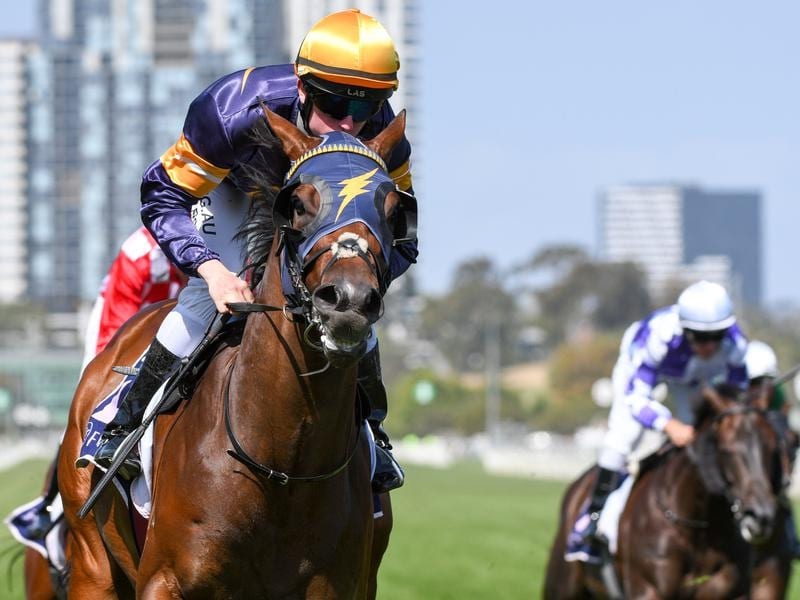 Trainer Mike Moroney will consider a trip to the Gold Coast for Alburq, but not for the race he was originally going to target.

Overcoming a bumping duel near the 250m mark, Alburq ($6) scored a short-half-head win from That Girl ($4) with the heavily supported $2.70 favourite Can’t Be Done a half-head away third.

Moroney said he would consult fellow connections of Alburq worried the trip and associated humid conditions could take a toll on an autumn campaign.

“He’s not a maiden any longer, so he won’t be going for the Maiden, but we’ll certainly give a bit of thought to whether we go for the 1400-metre race or stay here,” Moroney said.

“The stable has a runner in it, Star Surprise, so it depends whether we want another.

“When I put it to (part-owner) Rupert (Legh), he was happy to stay here and go up for the maiden, but now we’ll have to think about it.

“It’s a tough day heat-wise and if you get it wrong you can affect the whole preparation.”

After placings in three of his first four starts as a two-year-old, Alburq was gelded which Moroney said was the key in getting the best from the horse.

“He was a pretty well mannered colt but was on his toes a bit and got pretty heavy,” Moroney said.

“The gelding relaxed him down and he could develop into a really good horse now.”