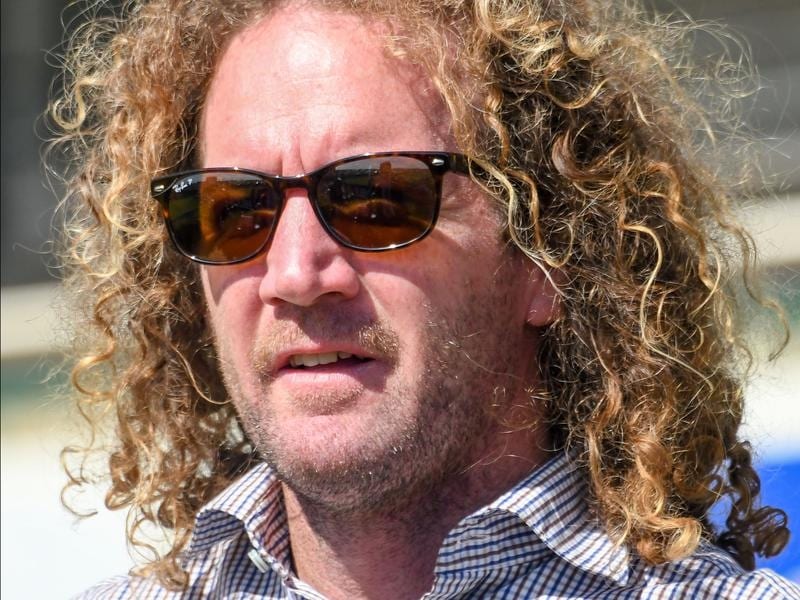 Owner James Bester is dreaming of a Golden Slipper with Acrobat but he has a more pressing issue to deal with after the colt outclassed his rivals to win the $500,000 Inglis Nursery at Randwick.

Bester told trainer Ciaron Maher pre-race he would don a mankini and jump aboard Acrobat if the colt won on Saturday and Maher wasn’t about to let him off the hook.

“James Bester made a statement before the race he will ride the colt in a mankini down at the beach if he won today,” Maher said.

“‘JMac (jockey James McDonald) came and rode him Tuesday morning and said he didn’t want to be on any other horse.

“He just had a sense of timing about him.

“He trialled well and I thought he would improve off that. He was very good today.”

Acrobat jumped smartly for McDonald and stalked leader Ashema before laying down the gauntlet to the filly and streaking clear to win by 2-1/4 lengths.

By Fastnet Rock out of 2008 Reisling Stakes winner Hips Don’t Lie, Acrobat failed to make his $1 million reserve at the sales and was retained by breeders Coolmore.

A valuable stallion prospect, the colt will be given the chance to get to the Golden Slipper, possibly via the rich Inglis Millennium, according to Bester.

“With a colt like this, you have to dream about Golden Slippers,” Bester said.

“The Inglis Millennium seems a huge and logical option along the way because prize money counts for a lot.”

Acrobat’s win continued an incredible start to the juvenile season for Maher and co-trainer David Eustace.

The stable has also plundered the Gimcrack Stakes with Enthaar, Debutant Stakes with Fake Love and the Golden Gift with Sneaky Five.

And they’re not finished yet.

“We have a few more irons in the fire there,” Maher said.

Magic Millions hopeful Fake Love just failed to add to the stable’s juvenile haul when she was run down late by Sweet Dolly in the Calaway Gal Stakes at Eagle Farm on Saturday.