A day of contrasts for Richardson at Ellerslie 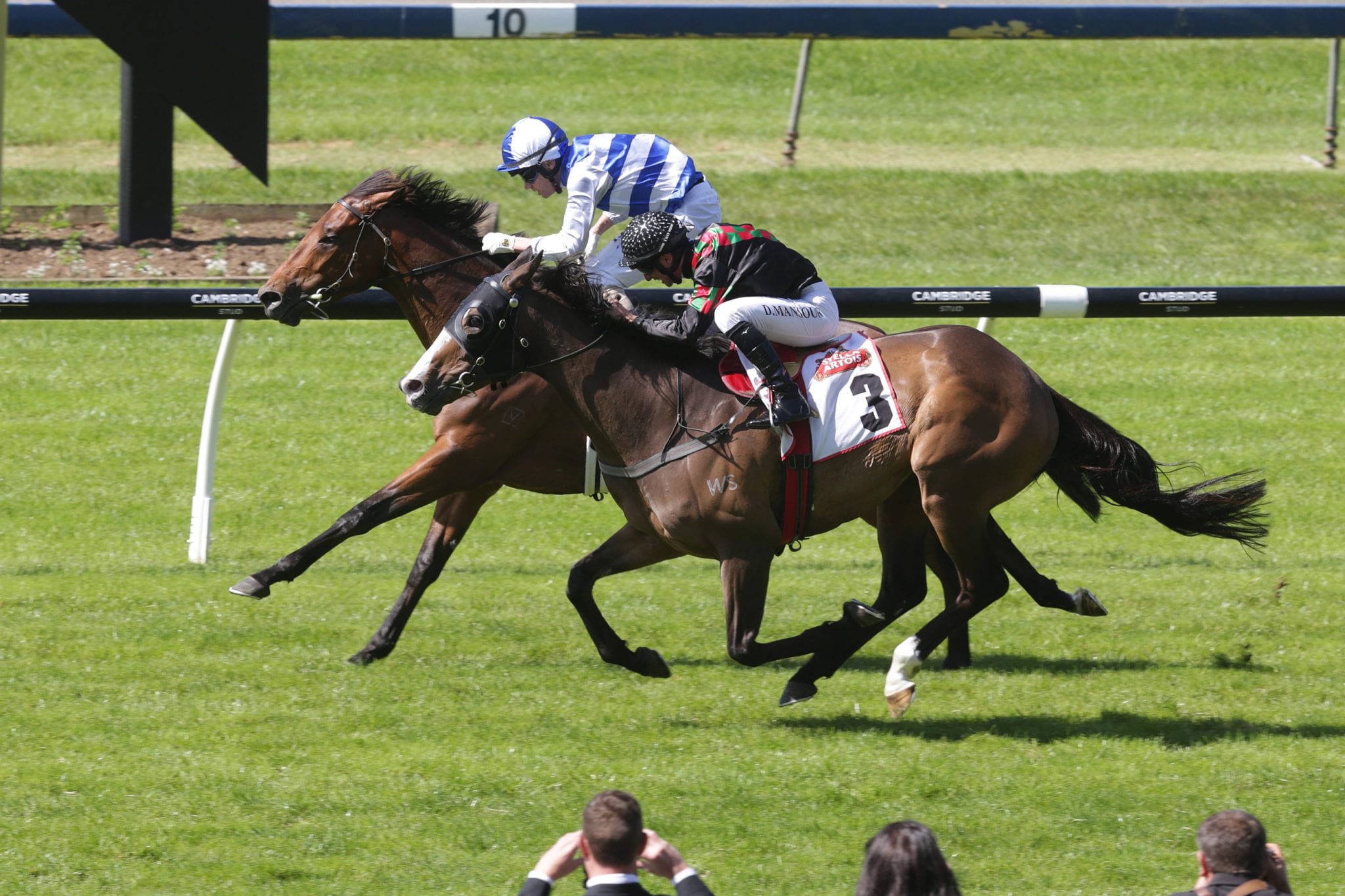 Underrated galloper Tiptronic put a smile back on trainer Graham Richardson’s face with an overdue victory at Ellerslie on Saturday after the popular Matamata horseman had lost an earlier victory in the enquiry room. The Richardson-trained two-year-old Devotioninmotion had finished first past the post in the second race on the day but was relegated back a placing after causing interference at the 200m mark to eventual winner Trident in the 880m scamper.

Richardson was philosophical about the decision which appeared quite clear cut once footage of the head-on replay was viewed during the enquiry proceedings. “Once we saw the footage, I was resigned to losing the race although it was still a bit gutting,” Richardson said. “I was most disappointed for the members of the syndicate who own her, as a fair number of them are racing their first horse and you want them to have the best possible experience. “To their credit they were really good about it all and I think on what we saw they won’t have to wait too long to get that first victory. “She’s paid up for the Karaka Million so I will be working out how best to get her to that race if we can.”

Richardson admitted it was more a feeling of relief than anything else when Tiptronic was called in first after going to the finish locked together with race favourite Supera in the day’s open 1400m contest. The six-year-old O’Reilly gelding hadn’t graced the winner’s enclosure for just under two years although in that time he had been placed on five occasions at stakes level including a runner-up finish behind On The Rocks in the Group 1 Herbie Dyke Stakes (2000m) at Te Rapa earlier this year. “That was a really well-deserved win and quite a relief really,” Richardson said. “He is a very under-rated galloper and while he hasn’t won for a while, he has gone some super races at the top level in that time.

“I thought he paraded in great order on Saturday and had taken a lot of benefit from his first-up run at Te Rapa. “His coat wasn’t right that day but he came on in leaps and bounds and I thought he would go a good race. “He loves it at Ellerslie as he ran second in the Great Northern Guineas (Group 2, 1600m) as a three- year-old and he also ran second in the Rich Hill Mile (Group 2, 1600m) there this year. “I don’t have any firm plans going forward with him but once I’ve had a chat to the owners, I think we might follow a similar path to last year with those good 1600m-2000m races over the summer.”

Richardson has also welcomed back class mare Volpe Veloce into work after the Foxwedge mare struggled to find her best during a brief Australian campaign. “She (Volpe Veloce) has been back in light work for a week and is progressing nicely,” he said. “She had a week off in Aussie and another when she came back home and we are just taking her along slowly at present. “Provided we are happy with her, I think the Railway (Group 1, 1200m) at Ellerslie on New Year’s day will be her main target at this stage.”