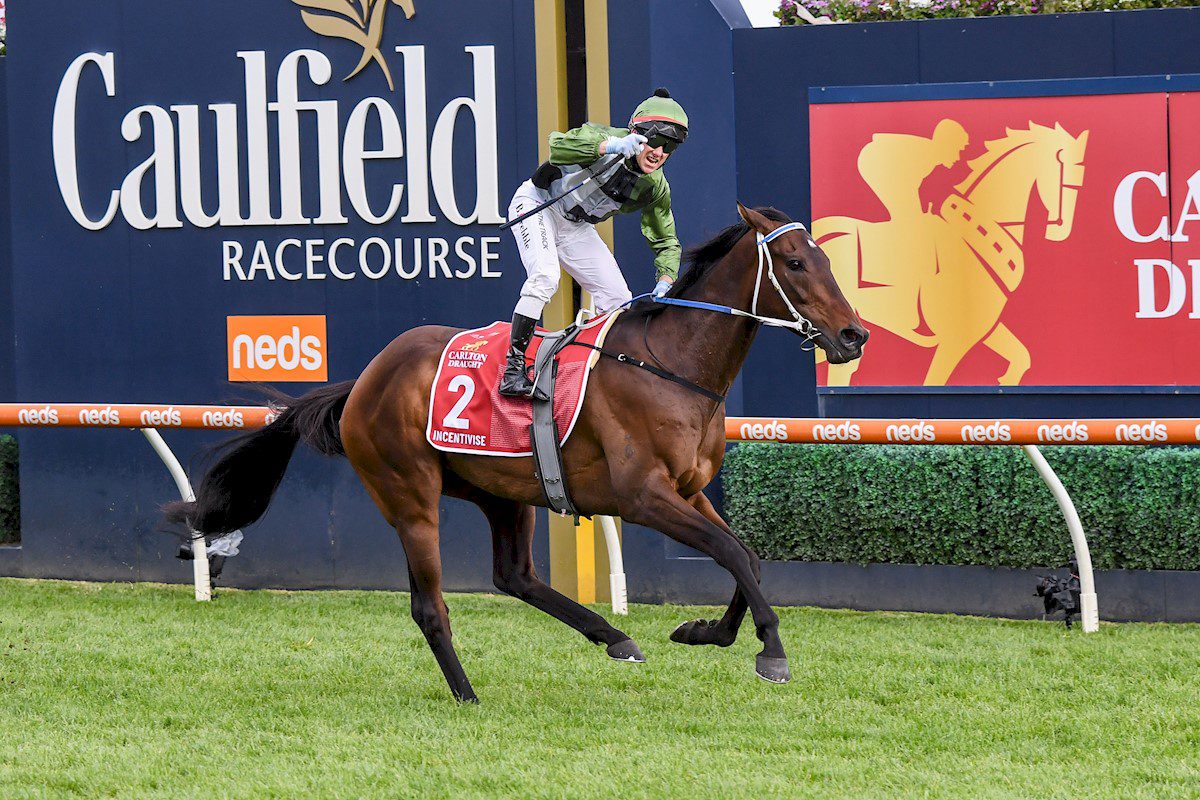 The AU$5 million Caulfield Cup has attracted 169 entries, with 32 of those being internationally trained stayers.

Missing from the 32 is representation from Japan, which won the Caulfield feature in 2014 with Admire Rakti and again in 2019 with Mer De Glace.

More than half of the international contingent are northern hemisphere three-year-olds, as the likes of Chairman, Deauville Legend and Charlie Fellowes’ Grand Alliance attempt to copy the Melbourne Cup-winning blueprint of years gone by.

Despite neither the 2020 (Verry Elleegant) nor the 2021 (Incentivise) winner being amongst the nominations, there is a strong local presence headlined by Duais.

Trainer of Duais, Ed Cummings, said his star mare is likely to follow a similar path that Verry Elleegant took to the Melbourne Cup in 2021, but rather than going to the Cox Plate, the Caulfield Cup looks to be her final run before the first Tuesday in November.

“She’s due to trial Friday at Warwick Farm and she’s on track for the Winx (Stakes) first-up,” Cummings told Racing.com at the Victorian Spring Racing Carnival launch on Tuesday.

“Pretty similar to some winners that have gone before us. More than likely the George Main (Stakes) about a month later, and then down to Melbourne for the Turnbull (Stakes) and then the Caulfield Cup.”

Duais is currently the +1000 favourite for the Caulfield Cup with Bovada.

Chris Waller knows what it takes to win a Caulfield Cup having won the race in 2020, and he has nominated 11 horses for the 2022 editions.

Crystal Pegasus is already in the field after his Mornington Cup win earlier in the year, while the likes of Durston, Lord Ardmore and Group 1-winning mare Hinged will be headed to Melbourne for the October 15 event.

Ciaron Maher won it with Jameka in 2016, so he will be hoping that one of his 17 entries can give he and training partner David Eustace their first Caulfield Cup win as a team.

They came close last year when Persan finished third behind Incentivise, so they will be hoping he can go one or two better this time around.

Last year’s runner-up, Nonconformist, is also back for another bite of the cherry, with trainer Grahame Begg setting his lightly raced six-year-old for the 2400m feature after missing the autumn.

First acceptances for the Caulfield Cup will be taken on Tuesday, September 6, with weights to be announced seven days later.