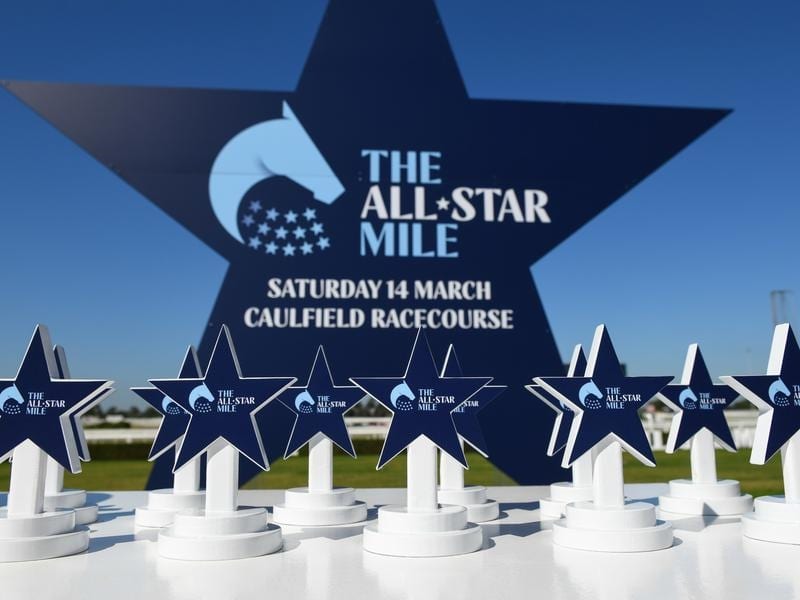 Nominations for the fourth instalment of the All-Star Mile are now open, with Racing Victoria saying it is “extremely proud” about the way racing participants in the state have supported the event.

First run in 2018 when Mystic Journey won the AUD $5 million race, we have since seem some of the stars of the turf do battle in the All-Star Mile across Melbourne’s three main racetracks: Flemington, Caulfield and Moonee Valley.

Now in its fourth year, the race will return to Flemington on March 19 for what promises to be one of the best editions yet, with the likes of Zaaki, Anamoe and I’m Thunderstruck likely to be nominated.

Nominations will close on Monday, January 10, with each runner’s $500 nomination fee set to be donated to the race’s nominated charity, the Good Friday Appeal.

As is the nature of the race, the public votes on which runners they want to see make up 10 of the 15 spots in the race, while five ‘wild cards’ will be decided by Racing Victoria, with two of those going to the winner of the Futurity Stakes and Blamey Stakes.

“We are extremely proud and grateful for the way in which racing participants have supported the All-Star Mile and people right across Australia and New Zealand have embraced the race since it was launched in 2019,” said Greg Carpenter, Racing Victoria’s Executive General Manager – Racing.

“In its short history we have already witnessed some emotional scenes off the racetrack and stirring battles on it, with Mugatoo’s thrilling win over Russian Camelot in front of a capped but no less vocal crowd at The Valley earlier this year worthy of the race’s status as the world’s richest mile.

“With nominations now open for the 2022 All-Star Mile, we would encourage trainers and owners to enter their stable stars and give themselves the opportunity to turn a $500 nomination fee into a $2.25 million winner’s cheque at Flemington on 19 March.

“The All-Star Mile is, and indeed always has been, more than just a horse race, and the charity aspect is a very important component so we will again hope to raise significant funds for the Good Friday Appeal.

“We look forward to receiving some high-profile nominations in the coming weeks, as well as some of the lesser lights from Australasia’s smaller stables whose fairy-tale stories have captured the public’s imagination and contributed hugely to the success of the race.”

West Australian star Superstorm is the first horse to be nominated for the 2022 edition of the All-Star Mile, with leviathan owner Bob Peters saying his flashy chestnut will be a “strong chance to win” should he obtain enough votes to secure a spot in the race.

Superstorm flashed late to win the Group 1 Cantala Stakes (1600m) at Flemington on Derby Day this year, defeating Icebath and Cascadian by a very narrow margin.

The five-year-old finished second in the 2020 All-Star Mile behind his stablemate Regal Power, and Peters is hoping to see a similar result in the flesh next now that Victoria has relaxed its COVID-19 restrictions.

“We were lucky enough to quinella the All-Star Mile in 2020 and it was very exciting, even though I couldn’t be there in person to watch it, and we hope to be trackside next year,” Peters told Racing Victoria.

“If Superstorm is lucky enough to be voted in he will be in with a strong chance to win as he runs his best races at Flemington.

“He’s had a good break in Melbourne and is ready to get back into it, with the All-Star Mile our ultimate aim.

“The All-Star Mile is a great concept and is an obvious race to aim at with the significant prizemoney on offer.”

Superstorm is currently a +1400 chance in the All-Star Mile futures market at BetOnline, while Zaaki is the +450 favourite ahead of Anamoe, I’m Thunderstruck and Western Empire, who are all pegged at +650.