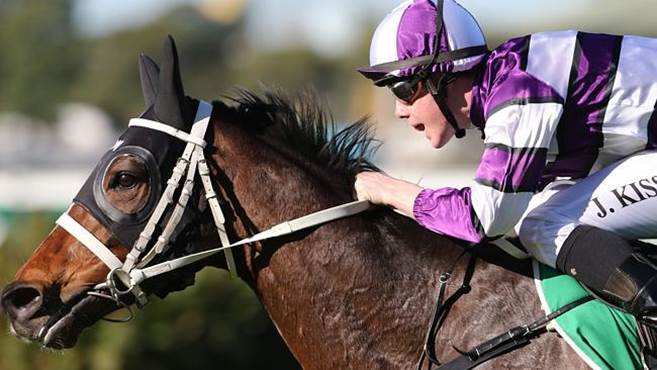 La Amistad has been heavily backed in early Melbourne Cup markets. Many punters believe that the lightly raced mare will be one of the real chances flying the flag for the locals come the first Tuesday in November. It’s been a staggering move for a horse that won her first listed race at Randwick in May.

She contested the Queen Elizabeth Stakes at Group 3 level last spring in Melbourne but she never threatened that day. After that run it would have been hard for connections to have imagine the hype that is surrounding her now; even though she was a $750,000 yearling who was purchased with the Melbourne Cup in mind.

She came back a different horse in her autumn campaign with three wins that suggested she has real staying potential. The problem is that these wins came in races that are a huge class drop below the bigger races she will contest this spring. She won a five horse BenchMark (BM) race at Echuca and then a BM70 race at Warwick Farm, before the above mentioned listed win in the WJ McKell Cup at Randwick. That was the performance that started to turn heads, but it has to be put into perspective as many of the better staying horses had already been sent to the paddock to await the riches of the spring.

La Amistad’s trainer John Hawkes must have been over the moon to see her allocated the minimum weight of 50kg for the Caulfield Cup. She isn’t guaranteed a start, but if she does, she will be hard to beat with such a significant drop in the weights.

Chief Handicapper Greg Carpenter rightly stated why the horse is getting in so well at the weights in an article in the Australian:

“La Amistad is a highly talented staying mare with a bright future for Team Hawkes, but she can only be handicapped on her record to date which is headlined by a win in the Listed McKell Cup over 2400 metres in May. For this reason she has been allocated the minimum weight.”

She will be a light weight chance in the Cup as well but we will have to wait to see if she comes out even better this campaign. She has to be considerably better to take on the worlds best stayers, as she has only beaten B-graders up until this point. If she comes back in scintillating form she is capable of going around in single figures come Cup Day.

La Amistad is on the fourth line of betting at Sportingbet at $19.00. Open an account here at Cupsbetting for an exclusive $700 free bet.