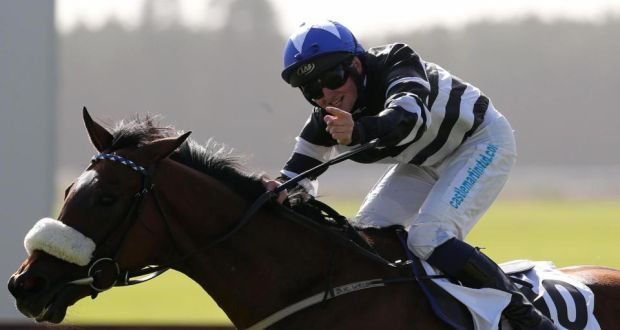 Irish St Leger winner Voleuse De Coeurs has firmed from $17 into $13 at Sportingbet for the 2013 Melbourne Cup following a high volume of wagers for the former international.

Now under the care of Flemington trainer Mike Moroney, the former Dermot Weld five-year-old attracted one bet of $6,000 for a potential $84,000 collect.

“She’s now an equal fifth favourite with Verema but out of those two we are holding substantially more money for Voleuse De Coeurs,” Sportingbet’s Andrew Brown said.

“There’s certainly been a strong shift in sentiment towards the international form in terms of dollars wagered over the past week and we expect that to continue as we build towards Tuesday’s Cup,” Brown said.

“She’s clearly an improving type but she would need to improve in leaps and bounds to win Australia’s great race,” Miller said.

“The best of her form has been on rain softened conditions and I believe anything firmer than a Slow 6 will impact considerably on her chances,” Miller said.

The gamble on Voleuse De Coeurs comes a day after another former international, Tres Blue, attracted a bet of $10,000 each way. The Gai Waterhouse trained four-year old has firmed from $23 into $19 at Sportingbet.