Precendence Plunged $501 In To $71 In Melbourne Cup Betting 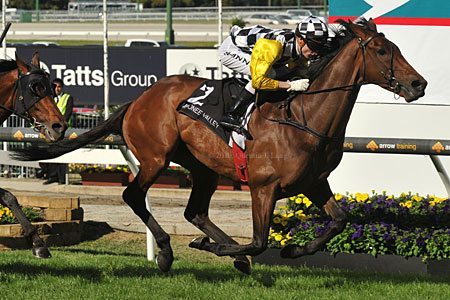 The Bart and James Cummings trained Precedence has shortened from $501 into $71 at Sportingbet for the 2013 Melbourne Cup following his impressive win in Saturday’s Drake International Cup at Moonee Valley.

When betting on the 2013 Melbourne Cup commenced last November, Precedence was a $201 chance.

“A couple of $50 punters took the $501 about a Melbourne Cup victory just before his Valley victory,” Sportingbet’s Andrew Brown said.

“They’ll win a cool $25,000 each should the eight year old salute on the first Tuesday in November,” Brown said.

“Punters appear confident he’ll get a start in the Cup as they’ve been happy to take the $71,” Brown said.