Odds-on favourites all the rage in Bathurst Gold Tiara & Crown 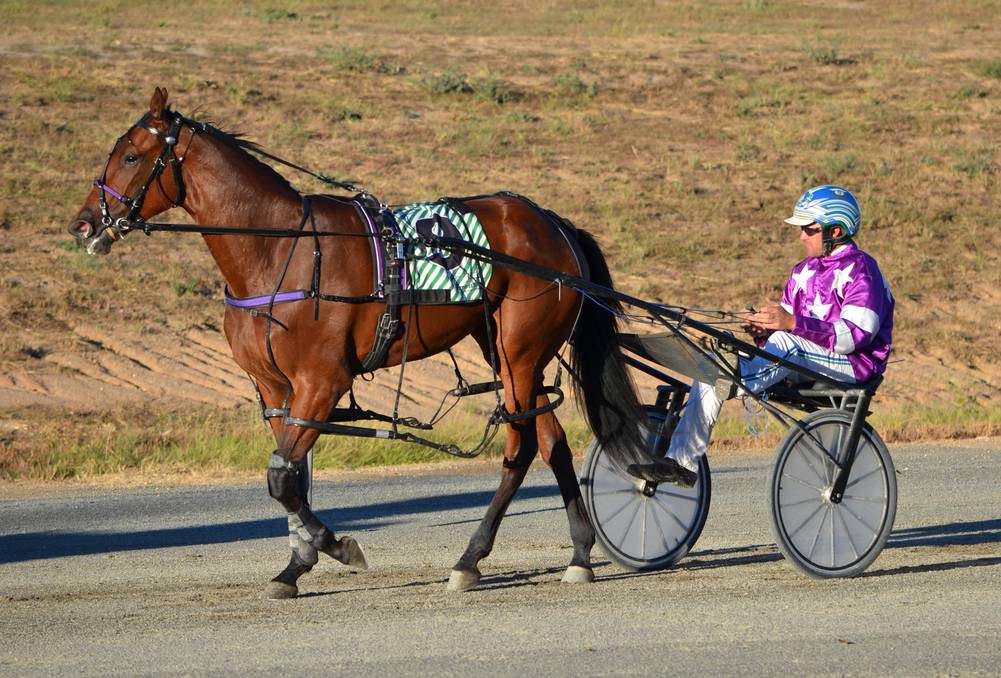 THE Belinda McCarthy-trained Three Squared is the dominant favourite to take out Saturday night’s Group 1 Gold Tiara final at Bathurst following on from the bay filly’s dominant heat victory last Thursday. The well-named daughter of Mach Three and Three Eagles is currently the $1.75 top elect with Bet 365, having recorded a solid mile rate of 1:56.5 at just her third career start.

Three Squared has drawn barrier six on the front row in the race for two-year-old fillies, with her main opposition appearing to be be drawn directly on her inside in Pixies Parlour. A winner of her only two stars to date, the Village Jasper youngster is currently $3.00 to take out the prize after showing terrific gate speed to find the front in the initial stages in her heat. Despite pressure down the back from Wicked Nights, Pixies Parlour slipped into another gear turning for home when driver Amanda Turnbull said ‘go’, blitzing her opponents with a mile rate of 1:58.1.

Pixies Parlour was one of three heat winners driven by Turnbull which will now contest the $100,000 final, the other two being Heavenly Shades ($81) and Cherry Mahoney ($13).

Three Squared and Pixies Parlour hold the main focus going into the final with the next best in the market being Soho Madeline at $6.50 which will start from the second row. After placing second at Menangle on debut behind Hazels Girl, the McCarthy charge showed her best last week, claiming the fourth heat with a respectable 1:58.0 mile rate after racing three wide in the early stages. The filly then had to work forward before assuming the lead just before commencing the bell lap.

After the girls do battle in the Tiara, the colts and geldings will get their chance to shine on the same night in the Group 1 Bathurst Gold Crown final. Another event for the two-year-olds, Bettermatch holds call with bookmakers at a skinny quote of $1.45 with Bet 365.

The bay colt is trained by Colin Thomas of Leeton and has won each of his five career starts to date including his heat of the Bathurst Crown on Saturday, defeating Allnight Story by 5.7 metres in 1:58.0.

This weekend, Bettermatch will be driven in the feature final by Thomas’ son-in-law Steve McGuire where he will start from barrier three on the front row.   McGuire told Harness Racing New South Wales (HRNSW) that he was very happy with the gate, but has said that his charge will have a tough task against the likes of talented duo Sams The Master ($11) and Shadow Runner ($4.60).

Sams The Master will be driven by leading reigns woman Amanda Turnball at will be searching for his fourth win in as many starts after a strong heat win. He will have to do everything right and will need a bit of luck in running, having drawn gate four on the second row.

Shadow Runner was also ultra-impressive in his heat on Saturday, after being inconvenienced during the run he assumed the lead three wide on the home turn and streaked clear to record his first win at Bathurst with a mile rate of 1:55.7.

The only other runner given a good chance according to Bet 365 at this stage is Machamillion from barrier one which is currently at $11. All other runners at this stage are $21 or longer to take home the prize.

The Group 1 Gold Tiara is race five on the card on Saturday night, while the Group 1 Gold Crown is race seven. The races are set to commence at 8:10pm and 9:10pm AEDT respectively.