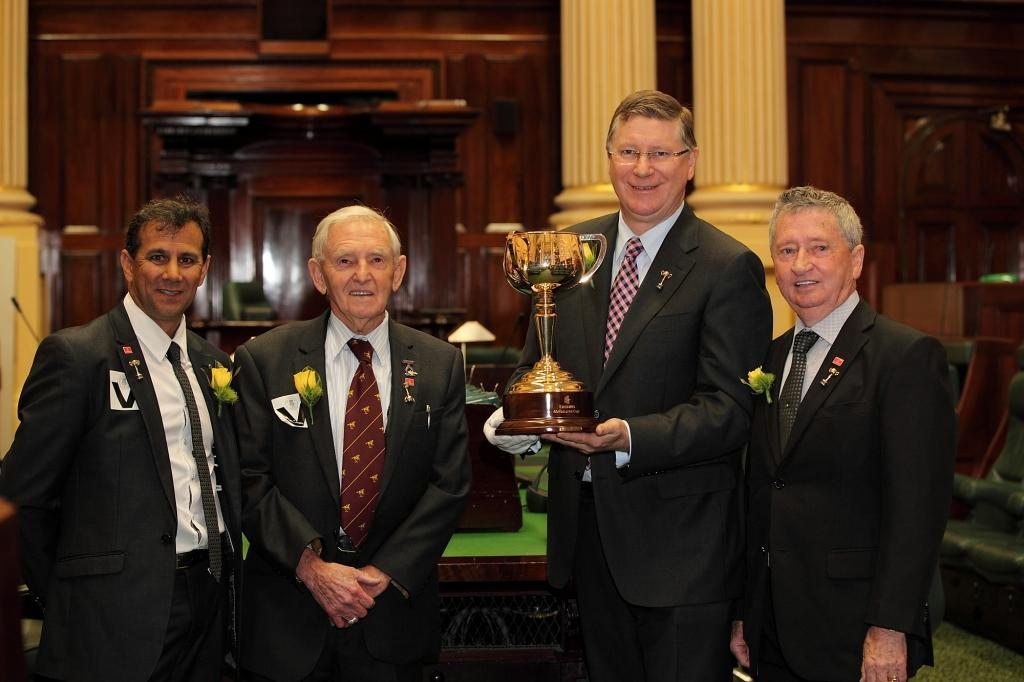 An historic occasion was marked today with the first ever known visit of the Emirates Melbourne Cup to Parliament House.

Premier of Victoria and Minister for Racing Denis Napthine said the Melbourne Cup was an iconic trophy around the world; playing a strong role in the social and economic fabric of Melbourne and Victoria.

“The Melbourne Cup Carnival is one of the premier sporting events in Australia that generates excitement around the world,” Dr Napthine said.

“However, the Cup is also an important economic contributor to the state, providing a boost to the retail, tourism and hospitality sectors.

“In 2012, the Victorian economy benefited from more than $366 million in economic benefit generated by the Melbourne Cup Carnival, an increase of nearly 5 per cent from 2011.”

“These events provide great stimulus to local businesses as well as being a fun and exciting time for the many hundreds of thousands who get to the track.”

At the Parliament House reception for the Cup, Dr Napthine was joined by Victoria Racing Club (VRC) chairman Michael Burn to welcome the 2013 trophy along with a display of artwork and photographs of the Melbourne Cup throughout its history.

The colour of the Spring Racing Carnival was also captured in a flower display by Flowers Victoria florist suppliers with all four flowers of the four days of the Emirates Melbourne Cup Carnival gracing Parliament House.

“I’m sure that the 153rd Melbourne Cup will be another outstanding race and I wish all the owners, trainers, jockeys and horses the best of luck and that the VRC has another successful Melbourne Cup Carnival,” Dr Napthine said.