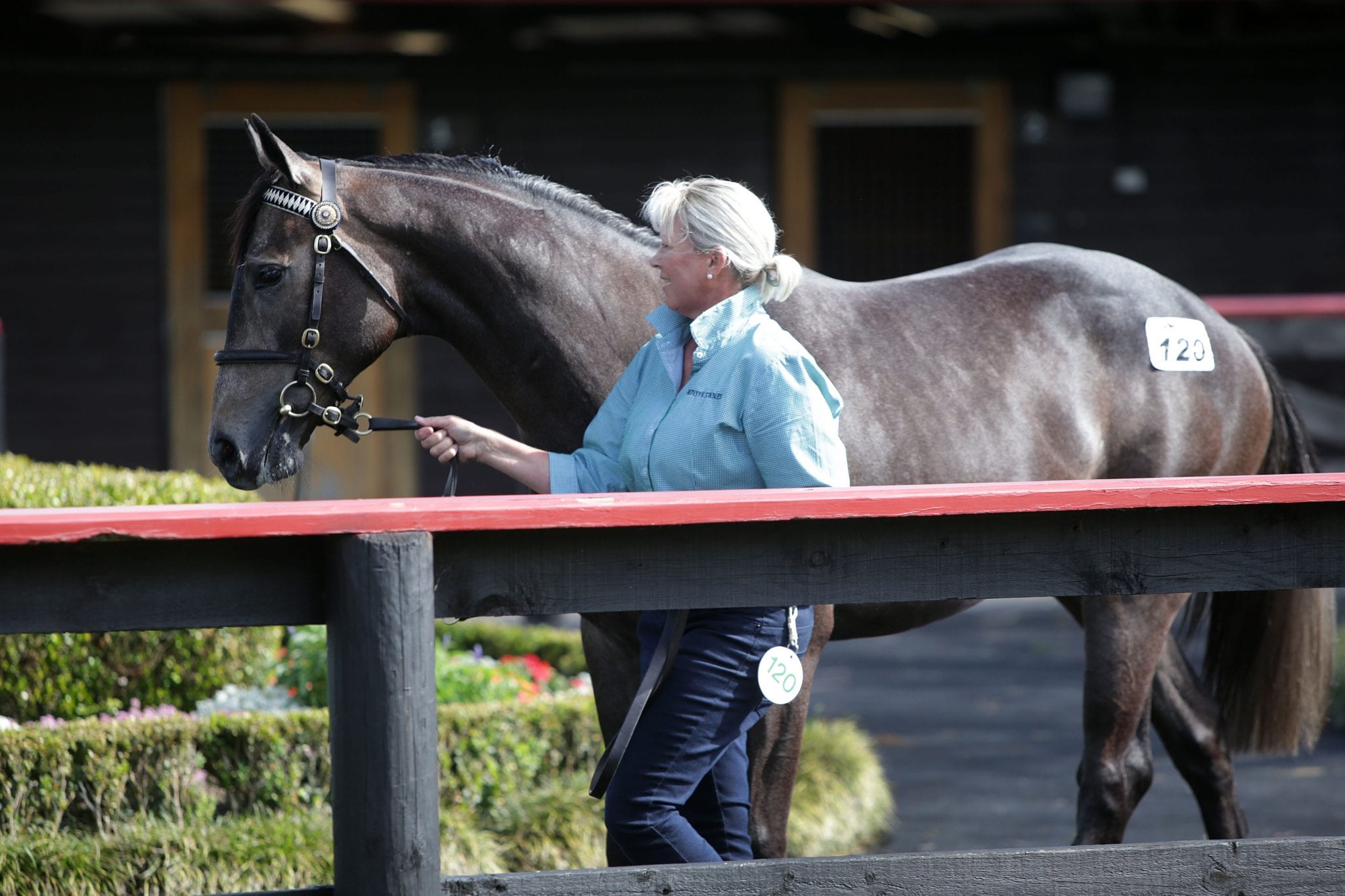 Turning $5,100 into $230,000 in the space of 15 months is a massive feat and one Glen Harvey is proud of. The young horseman purchased a Reliable Man weanling colt, out of Zabeel mare Ziffel, off New Zealand Bloodstock’s online sales platform gavelhouse.com last year in partnership with his parents Bruce and Maureen, and sold him as lot 120 at New Zealand Bloodstock’s Ready To Run Sale at Karaka on Wednesday to Hong Kong trainer Francis Lui for a sizeable profit.

Harvey said he was taken by the now gelding’s pedigree and thought he was worth a gamble when he initially saw him online. “He was sold by Cambridge Stud and he had a pedigree that we knew quite well,” he said. “We had a horse out of Shalt Not (second dam) before for the Hong Kong sale. Amelia’s Dream (dam’s half-sister) was a pretty freakish race horse that we never really got to see the best of.

“We had bought another Reliable Man earlier that night for $3,500, so we thought that this guy definitely had the better pedigree. “It was no risk buying two horses for $9,000 when the service fee was $15,000. It was law of averages and he kept thriving the whole time.”

Harvey sold under his Roysyn Stables banner, which was named in honour of the Group 1 New Zealand Derby (2400m) winner raced by his grandparents. “That’s the reason I got into the industry because Nana and Pop had him (Roysyn) when winning the Derby,” Harvey said. “It’s a good family occasion and nice for Mum and Dad to get a result like that. “They have put a lot of money into the industry over the years and it is nice to see them getting rewarded.”

The result was not the only example of smaller outlays being turned into a tidy profit at the popular two-year-old sale. Earlier in the day, Trent Busuttin and Natalie Young went to $220,000 to secure a colt by Dundeel out of the stakes-placed O’Reilly mare Tralee Chorus, which marked a good pinhook result for vendor Ohukia Lodge.

The athletic colt was bought for just $15,000 at Karaka as a yearling. “He was a bit small and quite weak as a yearling but he has done incredibly well,” Ohukia’s Jamie Beatson said. “We bought him from Hallmark Stud and Mark Baker told us he was there for sale, he was owned by some Australian owners who were keen to sell. “He is a lovely horse and he breezed beautifully. He has such a big stride on him.”