Luca Cumani Runner Mount Athos Backed In From $8.50 To $7 For Cup 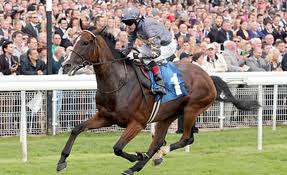 The Luca Cumani-trained Mount Athos continues to be well backed with Sportingbet Australia to win Tuesday’s Melbourne Cup firming into a clear second favourite at $8.50 behind easing favourite Fiorente who is now out to $7.

“Mount Athos has easily been best backed in the past few days firming from $10 since Monday. There’s been a groundswell of support for him and its getting stronger by the day, there is a good chance he could be favourite by Cup day,” Sportingbet’s Michael Felgate said.

“Punters plunged on Mount Athos in the last 24-hours before last year’s Cup backing him into favouritisim and we are bracing ourselves for a similar scenario this year,” Felgate said.

Ruling Melbourne Cup favourite Fiorente has been easy in betting following the support for Mount Athos, drifting from $5.50 out to $7.

“Punters have definitely gone cold on Fiorente in the last few days with most of the money coming for the international raiders,”

Caulfield Cup runner-up Dandino is an $11 third favourite but has had little support in the past week along with Caulfield Cup favourite Hawkspur, $11 out to $13, who has been friendless in betting.

Jet Away, who has to win on Saturday to force his way into the Cup, has been well backed firming from $26 into $21 since the Mackinnon Stakes field was released yesterday.

“Punters are confident he will win on Saturday, we have taken a lot of bets on Jet Away in the last 24-hours. It could be a good gamble because if he does win he’ll probably be third or fourth favourite in the Cup,” Felgate said.