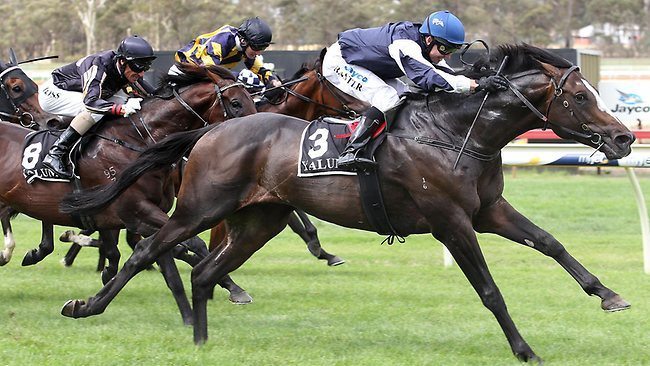 Punters have followed champion jockey Glen Boss’ lead by backing the David Hayes trained Jet Away to win the Melbourne Cup, despite the horse not being guaranteed of a start.

An unlucky fourth in the Caulfield Cup, Jet Away needs to win the Mackinnon Stakes on Derby Day to secure a start but that hasn’t deterred punters who have backed him in from $33 to $19 in the past 24-hours.

“Since Bossy was declared his new rider we’ve had a flurry of bets on Jet Away. If he does force his way into the Cup field by winning the Mackinnon on Saturday he will definitely be one of the favourites and we’ve had plenty of people happy to take that punt,” Sportingbet’s Michael Felgate said.

While Fiorente remains a firm $5.50 favourite for the Melbourne Cup at Sportingbet following his great third in the Cox Plate, the money has come for a number of international raiders.

“Punters start to hone in on the internationals as we get closer to the race and the support for Mount Athos, Voleuse De Coeures and Verema has been as big as we have seen in recent years,” Felgate said.

“Mount Athos started favourite last year when an unlucky fifth and reports are he is even better this year. I think we will see a lot more money for him in the next week”

Another well-backed import is the Gai Waterhouse trained Tre Blue.

Punters have gone cold on local hope Hawkspur since his unplaced run in the Caulfield Cup, his price easing from $9 out to $11.