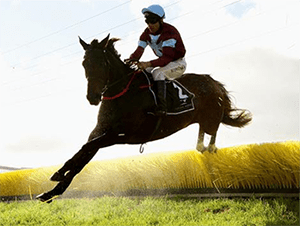 Day 1 winner Thubiaan returns in the Hammonds Champion Hurdle after scoring impressively on Tuesday, but fellow Tuesday winner and current favourite Beliveau ($2.60 at Sportsbet.com.au) looms as the biggest danger.

Below, our resident tipping expert Daryl Curnow has cast his eye over the fields and come up with his best bets of the day.

Sign up at one of our recommended bookmakers today – claim your bonus cash and let the glory begin!

Darren Weir has a strong team engaged and Falago appears a strong chance in this race. The four-year-old gelding has placed once over this distance which came last time out at Geelong and the $2.25 available suggests it will be right in the mix. The son of Fastnet Rock hasn’t missed a place on a slow track so include it here.

Yulong Baby is a classy three-year-old filly for trainer Mick Price which is stepping back up over distance now. The daughter of Commands won on a slow track five starts back by 2.25 lengths and top rider Damien Oliver takes the ride. It opened up on the second line of betting at $4.40 and has been positively backed into clear second favouritism at $3.70.

Silent Man went close when fourth at Ballarat last start and it drops right down in weight for this. The one-win gelding’s best performance was a third placing behind Tips And Beers at Flemington last December and that form should be good enough to compete in this. It opened at $4.60, dropped to $4, but has since drifted back out to its opening quote.

The Clinton McDonald-trained Beliveau couldn’t have been more impressive on Tuesday, winning the Warrnambool Maiden Hurdle by 3.75 lengths. The five-year-old getting settled handy throughout the run, traveled into the race stylishly, and never looked tested in a very easy victory. It has drawn awkwardly in barrier 16 for this but expect it to work forward and be tough to beat again. It opened at $3.50, but was quickly snapped up and is now settling at $2.60.

Eric Musgrove lines up Tuesday winner Thubiaan which won easily by six lengths. The seven-year-old adapted to jumping very nicely, but it faces the hurdles here, as opposed to the steeplechase it ran over last start. It has won twice from three starts on this track with one placing, so keep in mind when making your win bets. It opened at $3.80 but has drifted slightly to $4.

Jileks Spur didn’t quite have enough in its last run but that experience will do it wonders. The Ciaron Maher-trained gelding went into the Warrnambool Maiden Hurdle as the odds-on favourite last Tuesday but couldn’t find enough pace to beat race-rival Zataglio. It opened at $2.40 and has now drifted to $4.20 but it has a good chance to atone here.

Celeritas is a five-win mare for Robert Smerdon which fought on well behind Bel Seal at Geelong last start. The four-year-old is having its first start at Warrnambool but it enjoys the softer track surface and it is a winner at this distance. The daughter of Rock of Gibraltar has obvious talent and this midweek meeting looks ideal. Punters are confident and have it at $3.20 in the market.

Whistle Baby is an enigmatic type which mixes form, but it is coming off a last start second placing at Pakenham. The Ellerton/Zahra-trained mare has been taking on much better fields than this which has included runs behind Madam Gangster and Amorino. It would prefer the track to be a touch firmer, but respect it at this level and at $4 in the betting.

Let’s Be A Star tries its hardest but is finding it difficult to get over the line first. The former Kiwi didn’t fire last start, but its prior form did include a close up finish at Moonee Valley. Its biggest asset is having the ability to run well on wet tracks – 17 starts for four wins and two placings – and it drops right down in weight to 52.5kg with the claim of apprentice Kyle Maskiell. Chance in this at $9 after opening at $14.

Recommended bet: Let’s Be A Star to place ($3) at CrownBet.com.au

The Patrick Payne-trained Lord Of The Song opened at $2.50 and has been very well backed into $2.25. The ageing nine-year-old ran this race last year for a placing and it is coming off a last start win in the Great Eastern Steeplechase at Oakbank. It won that by 13 lengths as a $1.75 shot and a similar effort is expected here if it can see out the extra distance. Third last year and will be hoping to turn the tables on Chaparro ($7.50).

Regina Coeli drifted in the betting on Tuesday and it ran accordingly. The Ciaron Maher-trained mare finished fourth behind Thubiaan, but was 10.5 lengths behind the winner. Stepping up in distance might make it settle better, so respect again in this lineup and it will handle the wetter conditions. Punters have supported it again at $3.60 after opening at $3.80.

Last years winner Chaparro hasn’t lit the world on fire since that win, but its course record of three wins and five placings from 10 starts appears solid. Its best form comes on heavy tracks where it has won four from 12 with five placings, and it could be flying under the radar in this. Punters have caught on, punting in the eight-year-old from $8.50 into $7.

Recommended bet: Lord Of The Song to win ($2.25) at Sportsbet.com.au

Tall Ship has looked impressive in winning its last three starts for trainer Darren Weir. The four-year-old import has had four starts since arriving in Australia for three consecutive wins. It has won the Stawell and Terang Cups along the way and this looks a natural progression for it. The gelding by champion Sea The Stars has drawn very wide in barrier 15, but expect it to drop back and run on strongly. Its price has fluctuated all week but currently stands as the $4 favourite.

Tuscan Fire keeps trying its best and it only narrowly went down to Tall Ship last start. The Dan O’Sullivan-trained gelding has had three starts at Warrnambool for no form, but it has won four from nine at this distance with three placings. Its best recent run came in the Torney Cup at Moonee Valley where it ran third behind Taiyoo and that form should stack up well for this. Oliver rides and it’s always a chance at $7 in the market.

Verdant has been the best backed runner in the field. The Robert Smerdon-trained gelding opened at $8.50 and has since come into $6.50 on the back of strong leads. The eight-year-old is having its first start on this track, but it has won at this distance and it took on the likes of The Bowler last time out. Its form prior included close-up finishes behind Index Linked, Post D’france and Kourkam, which indicates its ability.