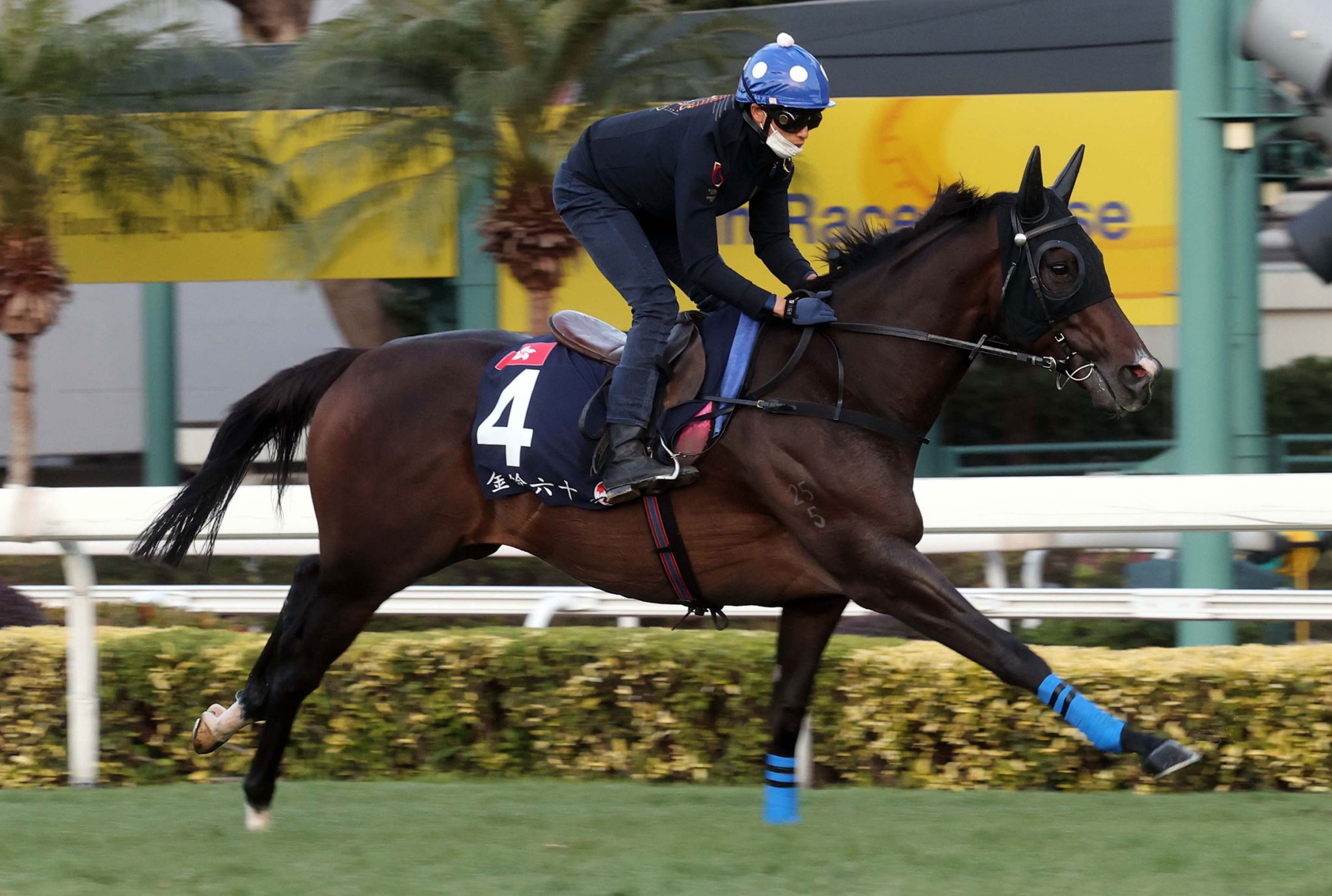 Golden Sixty impressed trainer Francis Lui with a strong hit out on the turf this morning (Tuesday, 7 December) at Sha Tin as he prepares for the chance to create history in Sunday’s (12 December) HKD$26 million Group 1 LONGINES Hong Kong Mile (1600m).

The brilliant son of Medaglia d’Oro will aim to defend his LONGINES Hong Kong Mile crown this weekend, in what will be his toughest to date as he eyes an extension to his winning sequence of 16 by capturing his 19th career win in Hong Kong – a local record.

Sharing the current mantle of 18 wins with Silent Witness and Beauty Generation, Golden Sixty will aim to enter unknown territory and stand unrivalled with victory at this weekend’s LONGINES Hong Kong International Races.

“I just asked Vincent to roll him into it, let him work into it and he did it with a partner horse,” Lui said. “He will gallop again on Friday (10 December) and it’ll just be similar again.”

Standing in Golden Sixty’s way this weekend is the might of Japan – a quartet from the Land of the Rising Sun spearheaded by Danon Kingly – this year’s Group 1 Yasuda Kinen (1600m) winner.

Joining him is Salios – a two-time runner-up to the exceptional Contrail (Japan’s eighth Triple Crown winner), Indy Champ – a two-time Group 1 winner as well as Vin de Garde who placed at the top-level behind Lord North in Dubai earlier this year.

Aidan O’Brien has the sole representative with his dual Group 1-winning three-year-old filly, Mother Earth, while five others from Hong Kong feature: Waikuku, More Than This, Sky Darci, Excellent Proposal and Lucky Express.

Yesterday (Monday, 6 December) at Sha Tin, Golden Sixty – in an unusual turn of events – bit Vincent Ho on the hand, his regular rider.

“Normally he’s a good horse, they have their own character, and he has his,” he added.

“I liked his last run it was good to see – I hope he can carry on and that we can get more and more good horses to train,” Lui said.

The reigning Hong Kong Horse of the Year’s winning margins are rarely big with his customary last-minute dash on show week in, week out.

More Than This – trained by Danny Shum – pushed him to within a short-head earlier this year in April’s Group 1 FWD Champions Mile (1600m).

“Everything is going well, everything is ok but we need a really good pace, a good pace will be suitable for him,” Shum said. “His last run was a good run, actually for his first run this season, he ran well and I think he will improve from that.”

More Than This returned first-up this term to finish fourth in the Group 2 BOCHK Private Wealth Jockey Club Mile (1600m).