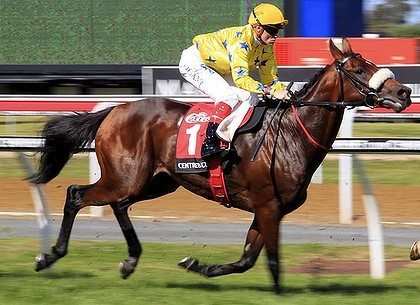 Surprise Melbourne Cup entry Dunaden has been installed a $26 chance to repeat his 2011 victory in the race that stops a nation at Centrebet.

The French star, who also won last year’s Caulfield Cup, was expected to bypass the Melbourne Cup for a European campaign but was a surprise entry today.

“We originally had Dunaden rated a $31 chance but took him out of the market when we thought he wasn’t coming. We have put him back in at $26 with news that he is now a good chance to come,” Centrebet’s Michael Felgate said.

“If he does make the trip down under we would expect him to start a lot shorter as he has proven himself one of the best stayers in the world and can carry weight.”

28 internationally-trained horses have been entered for the Cup including last year’s favourite Mount Athos who is currently on the fourth-line of betting at $17.

Puissance De Lune remains the shortest priced Melbourne Cup favourite on record this far out from the race at $5, with defending Melbourne Cup champion Green Moon $31.