Can anyone complete the Melbourne/Caulfield Cup double in 2015?

Racing Online - Tips - Can anyone complete the Melbourne/Caulfield Cup double in 2015? 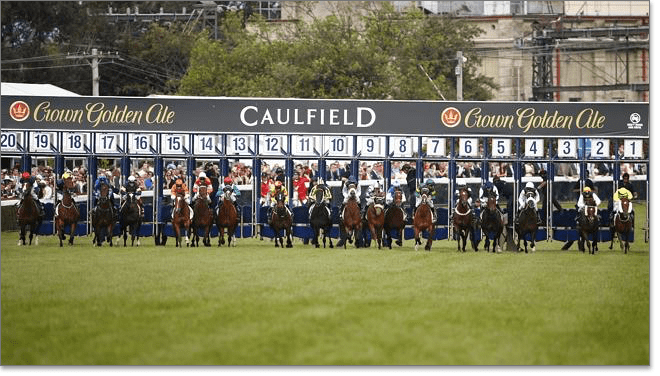 THE Caulfield Cup and Melbourne Cup are the two most iconic events on the Spring Carnival calendar.

The tradition and popularity of the races is certainly not lost on our friends at Sportsbet.com.au, who know how to cater to our best punters.

Sportsbet has just released its Cups double market for both races and there is plenty of value to be snapped up.

An example of this value would be with Cups contender, Who Shot TheBarman. The Chris Waller-trained seven-year-old is currently a $51 chance to win the 2015 Caulfield Cup on October 17, but with the double option at Sportsbet, Who Shot Thebarman is paying $151.

If Who Shot Thebarman did happen to win the Caulfield Cup, its odds for the Melbourne Cup on the first Tuesday of November would be cut down to around $10-$12. That’s an incredible change in price and that’s the beauty of betting this market.

The market is currently being dominated by Japanese runners Fame Game and Hokko Brave. The Japanese horses have shown their ability to win both the Caulfield and the Melbourne Cup with Admire Rakti taking the 2014 Caulfield Cup last year.

Delta Blues won the 2006 Melbourne Cup for Katsuhiko Sumii and due to their tough staying races back home, the Japanese runners make it awfully tough for Australia’s staying ranks.

The best of the Australasian chances are with Preferment which is coming off a last-start win in the Ascend Sales Hill Stakes at Randwick. It holds nominations for the Caulfield Cup, Cox Plate and Melbourne Cup.

New Zealand-trained Mongolian Khan is a chance at $101 as it will get both distances and it is unlikely to be lining up in the Cox Plate.

We have targeted three live chances for the Caulfield Cup/Melbourne Cup quinella.

Hokko Brave ($67) is a Japanese runner that can stay all day, according to its trainer, and that makes it a good chance in both the Caulfield and the Melbourne Cup.

It has form that would rival last year’s winner Admire Rakti and that bodes well for anyone betting on Hokko Brave in the Caulfield Cup. It does prefer the longer 3200-metre distance of the Melbourne Cup, so if you’re live after the Caulfield Cup, the $67 is tremendous value.

Rising Romance is a former New Zealand mare now with David Hayes and Tom Dabernig. The five-year-old finished a game second in the 2014 Caulfield Cup and it has done nothing to suggest it can’t go one better this year.

Its finish for second in the Group 1 Makybe Diva Stakes behind Fawkner was full of merit and rising to 2400 metres is ideal.

Punters can get $101 for the Cups double when betting on Rising Romance – a much better price than its individual odds for both races.

Further down the market is the John Sargent-trained Gust Of Wind. The Australian Oaks-winning mare has had two runs this season for a ninth and an eighth, but it was running home strongly last start and it has been prepared for the Cups.

It’s only lightly tried, but take the$251 available at Sportsbet for a bit of fun this spring.