I Am Chasing A Diamond Start In Chairman’S 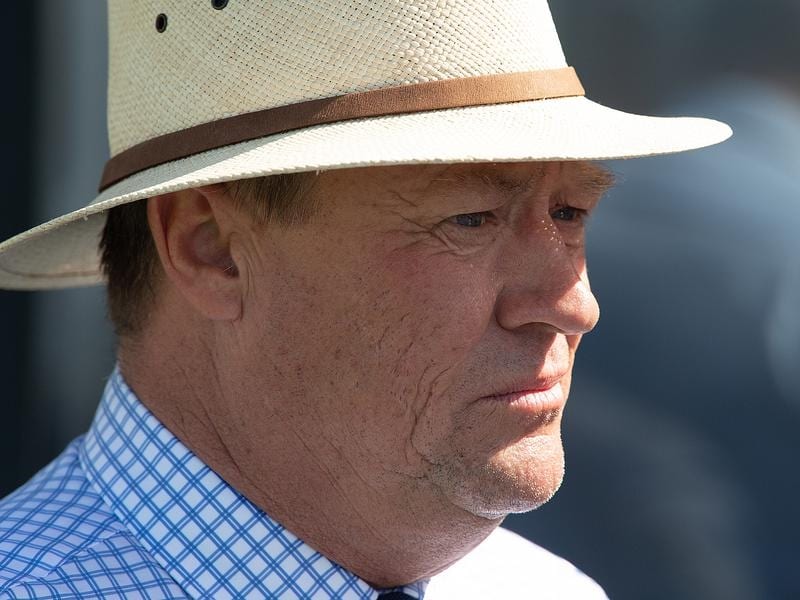 Tony McEvoy is taking an aggressive approach with I Am in a bid to secure the filly a start in the Blue Diamond Stakes.

The two-year-old makes her debut on Saturday in the Group Three Chairman’s Stakes (1000m) at Caulfield.

A win will assure the filly a start in the $1.5 million Blue Diamond Stakes at Caulfield on February 23.

At her only public appearance, I Am finished second to Loving Gabby in a Pakenham barrier trial over 900m on January 15.

Loving Gabby is also set to make her debut on Saturday and has firmed from $5.50 to $4 equal favourite with Art Collection since betting opened with I Am a $12 chance.

McEvoy sees a bright future for I Am, describing her as a filly of quality.

“I was really pleased with the way she trialled up at Pakenham and she’s come on nicely,” McEvoy said.

“I’ve gone the aggressive route because if she happened to win we’ve got a ticket to the big race, whereas if I’d run her at Moonee Valley (Friday) that was not going to help me get her into the Blue Diamond.

“We can always come back if she shows she’s not quite up to them.”

Stablemate Scottish Rogue will join the filly at Caulfield as he begins his autumn campaign in the Group Three Manfred Stakes.

McEvoy is hoping Scottish Rogue can given him another Australian Guineas after Hey Doc won two years ago.

Scottish Rogue is following a similar path to the Guineas as Hey Doc who also resumed in the Manfred Stakes finishing third behind Legless Veuve.

“He’s done really well but he’ll be improved by whatever he does on Saturday,” McEvoy said.

“His work has been quite sharp and he’s ready to run well.”