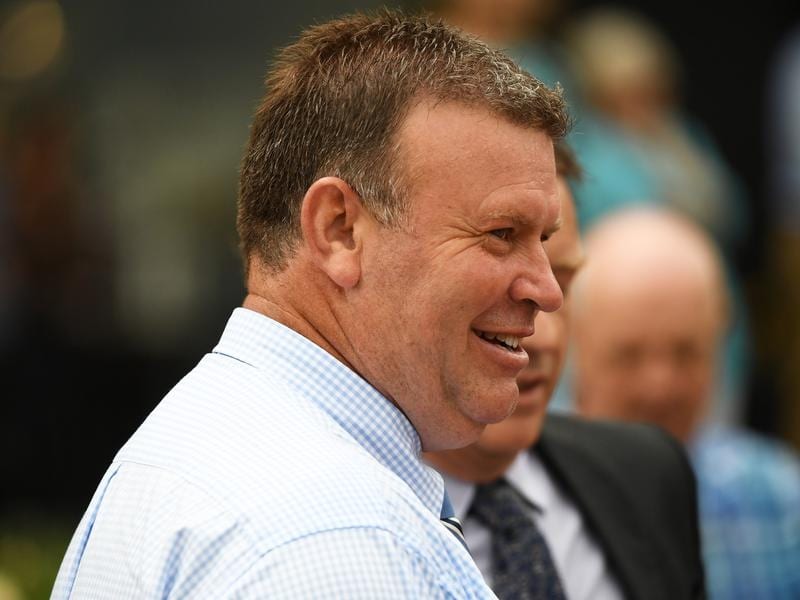 Trainer Dan McCarthy has had the Oakleigh Plate in his sights with Ashlor since the minutes after the sprinter crossed the line in his first Group One test in the Winterbottom Stakes.

Ashlor finished a game sixth in the Winterbottom (1200m) in Perth on December 1 last year, won by the fast-finishing Voodoo Lad, after hitting the front at the 200m before being swamped.

The gelding has since won a 1000m-handicap on December 29 at The Valley and lines up in Saturday’s Listed W J Adams Stakes (1000m) at Caulfield ahead of a planned crack at the Group One Oakleigh Plate (1100m) at the same track three weeks later.

“The first thing that popped into my mind when he was coming back to the mounting yard after the Winterbottom was that we had to have him ready for the Oakleigh Plate,” McCarthy said.

“The opportunity to run at Group One level in a handicap after running so well at weight-for-age, that’s where we had to head with him.

“It was a terrific run in the Winterbottom. He raced on a really hot speed and shaped as the winner on straightening but that speed up front was just too hot. He tried his heart out though.”

McCarthy said Ashlor was in fine order for the Adams Stakes which has a field of eight including Nature Strip and Group One-winning colt Written By.

“With the blinkers on he seems to be nice and sharp over those shorter trips,” he said.

“He couldn’t be racing any better and he certainly deserves to be taking them on in this race.

“We’ve probably got to be a bit more positive from that draw (seven) than if he had drawn in.

“We’re going to have to push across to get into a nice position.

“Nature Strip only knows one way. He’s going to be flying up front.

“We’ll either be second or third I think, a bit of cover would be ideal, but I’d say we’d be the first one chasing Nature Strip at some stage.

“Our horse is pretty brave, so we’ll see how we go.”